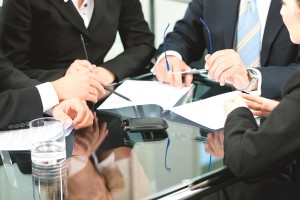 The Arbitration Clause in the Residential Purchase Contract (RPA) in Southern California is the only section of the contract that may not be agreed upon by buyer and seller and yet you still have a fully executed contract. Most buyers’ agents tell their clients to sign this clause without fully understanding it, and without fully explaining it.

The Arbitration Clause comes into effect if buyer and seller have a dispute, and mediation does not work. Mediation is compulsory, but not binding. This mean that if there’s a dispute between buyer and seller, they must go to Mediation. However if they don’t like the result, they don’t have to adhere to it. Arbitration, on the other hand, is voluntary but the decision is binding. There is no jury in an Arbitration, and you can’t appeal a decision. The upsides are that it’s much faster and much less expensive than going to court.

What a lot of agents don’t tell their clients is that you don’t have to agree to Arbitration at the time you sign the offer. Both parties can always decide to go to Arbitration at a later date even if the clause is not signed. In fact, my broker, RE/MAX Estate Properties has been instructed by our E&O insurance company not to sign the Arbitration Clause in a listing agreement for this very reason. The E&O company wants the flexibility to decide at a later date if there’s a dispute between the Broker and a seller.

Many agents go on auto-pilot when it comes time to sign the contract. They see a blank line for a signature and they assume it needs a signature. Make sure to ask your agent more questions. Ultimately the decision is up to you, but your agent should be giving you the information to help you make these decisions. 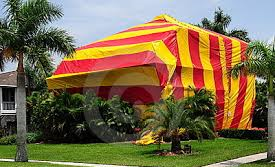 What you need to know about termites

Termites are a fact of life in California. Without the cold, harsh winters, termites are able to thrive. Here are some things to keep in mind when it comes to termites whether you’re buying or selling a home:

1. It takes approximately 8 years for termites to rear their ugly heads.

2. Even if you’re buying new construction, it’s possible to have termites. They have no problem taking residence in wood at the lumberyard.

3. If there is serious infestation, you will need to fumigate your home to rid yourself of termites.

4. Most termite companies outsource their tenting which results in a marked up price for the homeowner. There are companies who do the tenting in-house which will save you money so don’t be afraid to ask!

5. There are non-toxic treatments but at the end of the day if you have a full infestation, fumigation will most likely be the only way to get rid of the little buggers. The company will still recommend fumigation as the number one treatment, and the non-toxic alternative will only be a secondary treatment without the same warranties most likely.

6. How termite treatments are being negotiated in a real estate purchase contract has recently changed in southern California. Just about two years ago, buyers would ask sellers to handle Section 1 termite items in the offer before there was even a termite report on hand. But now, termite work has been grouped with all other possible repairs. Buyers typically negotiate termite repairs at the same time they are requesting other repairs based on the home and other inspections. What this has successfully done is take termite treatments off the lenders’ radar. And now the lender doesn’t have to require fumigation prior to funding, and the seller won’t be forced to move out early or leave for 3-4 days during tenting and then return to move out again.

Have more questions regarding termites, tenting, and negotiating them in a real estate transaction, feel free to contact me! 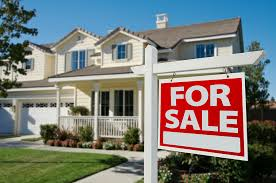 If you ask agents in the South Bay what’s going on with the market, you get some puzzled looks.

The market that was red hot, all of a sudden is not. And it’s hard to put a finger on what is happening, whether it’s an anomaly or a sign of a downtrend or if we’re just plateauing.

I personally think we’re stuttering, but it may be indicative of a few environmental and economic conditions that may be temporary.

1. The volatility of the stock market was undeniably sobering. Whether people lost money or were just fearful that they were going to lose money, it put a damper on buyer mentality. Buyers may have pulled back, as they do, when they don’t feel flush with cash. As the market settles down, this feeling goes away and buyers may resume their hunger for purchasing real estate.

2. We all know that a great part of the southern California market has been propelled by Chinese money. And as of late, the exchange rate has shifted in favor of the USD. Costing them 10% more, the Chinese buyers seem to have pulled off from their purchasing frenzy…  for now. On top of this, and maybe more importantly, the Chinese government has put new caps on the amount of yuan that can be withdrawn outside their country.

3. And finally, it’s hot. I mean it’s really hot. I go so far as saying, it’s “Africa hot”. I believe that the heat wave that has hit Los Angeles and the Beach Cities has an impact on real estate. And why not? We know that horrific winters on the east coast put a halt to the market there. It’s been so hot here in the South Bay… Hermosa, Redondo and Manhattan Beach have been experiencing weather in the high 80s which is normally unheard of at the beach. And people don’t know how to cope with it. There’s very little A/C, very little reprieve.  I think to some extent people have actually been beaten by the heat. So there’s little motivation to go shopping for a home when all you want to do is stick your head under the faucet… which is not even kosher in the drought that we’re having.

So we’ll see in the coming months which direction the stock market and the temperature take. And we’ll see if this is just a hiccup or a sign of a slowdown to come.

It’s scary how much spooky-fun is to be had this month! “Witch” events will you attend??? 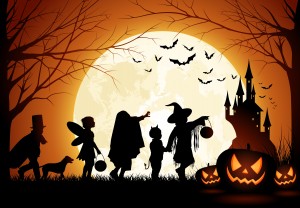 All Month at Dark Harbor in Long Beach:  The Queen Mary

***AND PLEASE!!! Everyone be safe, alert, and have lots of batty batty fun this Halloween!!! 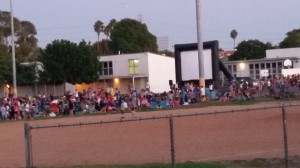 What to do on Friday night in Redondo Beach?

July 13-18th: USA Volleyball HP Championship: It’s for ALL the marbles!!! Or in this case, seashells??? 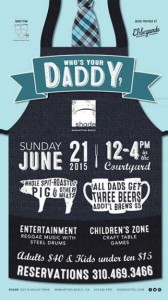 June 27th: Ultimate Fitness Expo: Get your Beach Bods back!

June 28th: Salute to the Troops: Picnic & Concert in Polliwog

Looking for things to do in or out of South Bay in the upcoming weeks?  Add some of these events to your life and spice up your summer. Enjoy!

For full even details and information click on links.

June 3rd-7th:  Art Exhibition: Been There-Done That-Doing This :Featuring a solo exhibition of paintings and drawings executed by Jim Murray over the last four decades.

June 10th: Rock ‘n’ Roll Billboards of the Sunset Strip: Love the beach life but let’s not forget about Hollywood! 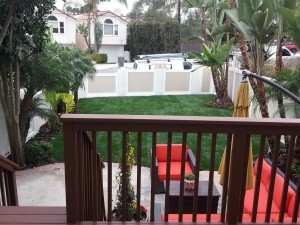 The deeper lot size allows for a much larger backyard than is typical in the Golden Hills.

Just finished up with Brokers. My favorite new house on the market is 1719 Reed Street (Brokered By RE/MAX Estate Properties) in the Redondo Beach Golden Hills.

What makes this house special is the lot size. It has 1,000 more square feet than the typical “Tall & Skinny” lot. Because it’s street to alley, you get a nice sized patio and a deeper backyard – it makes a huge difference!  Also this home has 4 bedrooms instead of the usual 3. It gets nice light and has a good feel over all! 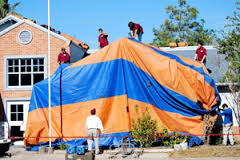 Tenting a home for fumigation can cost a couple thousand dollars depending on the home’s cubic feet.

In southern California where the majority of Realtors use CAR’s residential purchase agreement to make an offer, there have been a number of changes to the contract for 2015.  (CAR = California Association of Realtors).

One of the biggest changes – which could potentially restructure how buyers and sellers negotiate – is the removal of the WPA form. WPA stands for Wood Destroying Pest Inspection. It’s basically the form buyers includes with their offer that stipulates that sellers will pay for a termite report as well as any Section 1 items identified on that report. Section 1 items must be fixed prior to the close of escrow (lender requirements) and usually include termite infestation and dry rot among other things. These two are usually the big ticket items. And although these points are negotiable (as is everything in the contract), it was standard practice for sellers to pay for Section 1 items. This was handled up front with the offer. Sellers accepted the fact that this was a standard expense to selling a home. Then when buyers come back with a Request for Repairs, all repairs would be over and above the termite work.

But in 2015, the WPA has been eliminated. Potentially, buyers can still request termite work up front in the offer. And this will probably happen for some time to come. Eventually, however, the process will evolve and termite work will become part of the negotiations for repairs.

The biggest impact from this change is that sellers won’t automatically feel it’s their responsibility to do the termite work, i.e. tent their home for infestation, replace rotted wood with fresh wood. And sellers can simply say they won’t do the work. Of course, they will be more apt to do the work in a buyers’ market and probably less willing in a sellers’ market. These can be expensive repairs and buyers may have to get used to incurring this expense as time goes on.