A couple of new listings that came on the market this week in North Redondo Beach have set price tags that are pushing the envelope. It will be a great litmus test to see if the market is in deed still climbing at a steady pace as we move into the heart of 2014.

2022 Warfield Ave, #1 is a corner, detached townhome. These corner units are extremely popular because they feel like single families with their own, private driveway and what feels like a defined space, separate from your neighbor who shares the lot with you. The townhome on Warfield has a lot of space. The floor plan is not cookie cutter, and the kitchen has been updated. On the other hand, there is carpet throughout instead of hardwood (albeit, new carpet), and the bathrooms are original. This is a 1990 build. No other corner townhomes, built from 1988-1995 with less than 2600 sq feet have sold for more than $836,000, according to the MLS. This was the sales price for 2509 Phelan Lane which sold in October 2013. However, 2023 Nelson Ave, also a corner 1990 build, went into escrow after 12 Days on Market with an asking price of $899,000. This townhome also has an updated kitchen, but bathrooms.

Then we have 2114 Huntington Lane, #A. This is a detached front townhome that was built in 1990 as well. It has the older floor plan with the living room, family room, formal dining room and breakfast nook. The bathrooms haven’t been updated in this one either. The kitchen has granite counters, and laminate floors were installed  throughout the downstairs. The home does have a nice feel. It gets good light. The seller is asking $849,000. The last attached townhome that sold with similar condition and square footage was 1908 Havemeyer Lane, #A which sold for $830,000 in June 2013.

The trend is becoming clear. Buyers are spending more money and getting less. If you want to buy a newer townhome or one with an upgraded kitchen and bathrooms, you will be easily pushing $900,000. Case in point, 2517 Huntington Lane, #A is a 2005 built, detached townhome. It shows very well with some nice upgrades. However, it’s only two blocks from Inglewood Avenue. This property still got 7 offers, at least a few of them were over the asking price of $899,000.

Once this listings close, I will circle back around to this analysis and confirm if the trend is still moving on up. 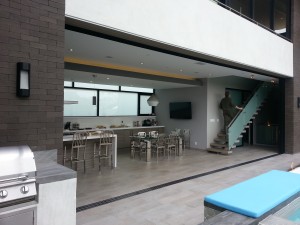 On Brokers this week (listed by South Bay Brokers) was a 849 Avenue C. Completed a few months ago, this 4000 sq foot home is a work of art. Designed by Michael Lee, a local Manhattan Beach architect who is deft in modern/contemporary architecture, this home has beautiful indoor/outdoor space. The photos I’ve posted are taken from outside by the pool which does or does not have to be separated from the living area by fully retractable floor to ceiling sliding glass doors.  There is a dedicated viewing room downstairs with large theater style seating. The home is stunning. 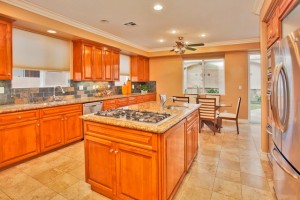 There’s not much inventory in the high end of North Redondo Beach right now. But two listings are coming back on the market for a second chance. 2211 Warfield Ave, #B is a 4 bedroom townhome built in 2005 by E&S Builders. It will be priced in the mid $800s and is a great value. Then there is 2215 Ruhland Ave, #A. It’s a 5 bedroom townhome priced at $899,000 and built by Rich VR.

Both town homes have high end finishes. Warfield offers an upstairs loft/family room and Ruhland has a 5th bedroom which is unusual for the area. Let me know if you would like to see either of these properties before they are snapped up.

Just got an accepted offer on 602 S Broadway, #A! It’s a custom built townhome in South Redondo just a few blocks to the beach and close to Riviera Village! It has 3 beds and 2.5 baths with 2,355 sq. feet. There are 18″ ceilings in the living room. This home is light and bright and feels welcoming the moment you step inside. 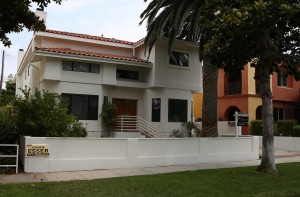